Spencer WolfPosted on October 4, 2014 Posted in Books, writing — No Comments ↓ 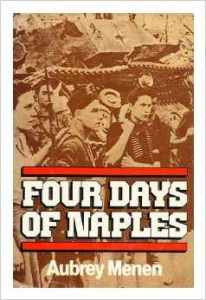 A long time ago, I got a really good pull by the ear down the school hallway… but it was all for the best, and I wouldn’t be writing this today if it didn’t happen just like this…

When I was twelve, my English teacher said I wasn’t reading enough. She brought me to the school library and made me pick a book. I saw one paperback cover on the turning rack that looked like it was worth a shot. So I took it.

It was an amazing story! And not just because I was twelve and so were the heroes I was reading about in an incredible, but teary-eyed tale. It’s remarkable because…

Fast forward… to when I graduated college and wanted nothing more than to be a writer. But about what? I was an engineering grad. What did I know about writing? I thought back to this one book that imprinted on my mind. I didn’t have a job after graduation so what better chance was I going to get. I practiced and wrote. I optioned the rights to the book from the author, Aubrey Menen’s, estate and turned this version of Four Days of Naples into a screenplay. My script did amazingly well in a tough-as-nails writing competition by placing in the top 94 out of over 4,100 entries. I was thrilled. I was a writer. I eventually produced the audio book version.

Long story short… all these years later… the audio book version is still going strong… and available on Amazon (and other places, too). I never did sell the screenplay, but that’s a tale for another post. So, there you have it. I guess you never know where or when a pull on the ear’s worth of inspiration will strike, and in which of life’s direction it will take you.

Here’s the blurb from the back cover. I hope you like it.

In September 1943, Naples lay devastated by incessant bombardment from Allied planes. The city, under an iron occupation by the Germans, was without food. During the bombardment, the famed scugnizzi, the street boys, of Naples grew increasingly exasperated by the passiveness of their elders. Known for their daring, verve, and enterprise, the boys staged an incredible revolt against the Germans on September 28, 1943. Dragging furniture into the roadways, they built barricades and shot at the enemy with stolen guns, inspiring many adults and Italian army deserters to join their ranks. Three days and hundreds of deaths later, the Germans left the city for good.

Author Aubrey Menen, who heard the story of those historic four days from the scugnizzi themselves in 1948, here recreates the battle street by street, house by house.

PPS: Here’s a link to the audio book on Amazon. There’s a few great reviews, which is really nice to see after all these years. Four Days of Naples.

This site uses Akismet to reduce spam. Learn how your comment data is processed.