A Technology Companion for After Mind.

9.   Memory Alteration to rewrite undesirable memories or introduce new ones into a general AI’s sense of experience.

10.   Dream Streaming to observe and interpret an individual’s health and development, including full-color video and audio links to external monitors in real time.

11.   Bio-inspired Software that is designed to age naturally like the brain cells it replaces. Once the software code itself ages, then the hormonal drives and declines that accompany natural human aging has the proper impact on decision making and an AI’s developmental progress. An uploaded human mind can then mature through the human stages of emotion and life.

12.   Cochlear implants so the hearing-impaired can hear and the computer-based mind can receive sounds and connect with voices from the outside world.

13.   Direct Visual Cortex projection so visual stimuli can bypasses the eye itself and project instead directly onto the simulated visual cortex of the mind, giving the computer-based mind the ability to “see” the world in which it lives.

14.   Echolocation (bio sonar) through Nano particle infusions to give humans the ability to target and see objects via the reflection and measurement of emitted sound waves.

15.   Respirocytes as a nano-mechanical replacement for blood cells that provide oxygen-rich blood to our bodies, unlocking hours-long breathing underwater. 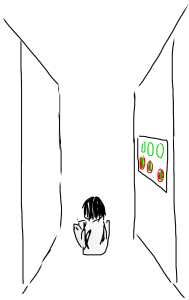 16.   Dark Magnetocytes, founded in the new science of Quantum Biology, to ensure a living body can align and maintain its 360 degree orientation within its surroundings.

17.   Artificial Hearts that grow physically with the patient and monitor their health from youth to adulthood.

18.   Artificial Skin that is painted onto a robot’s body.

20.   3D-printing of Human Organs and other mechanical parts with a networked catalog of choosable products.

21.   Multi-Acting Vaccines with hundreds of individual viral and bacterial targets in one administration.

And, 14 products for our posthuman future:

24.  Meat Fields grown through Aeroponic (in air) and Hydroponic (in water) gardening that provides protein-rich food for a population. 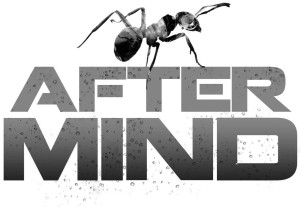 26.   Robotic Security Torsos at the security checkpoints of facilities; and autonomous, ant-like patrols that keep order in the community.

27.   Clear, Rollable Digital Tablets with attached finger-keys for interacting and playing with modified apps; and the flexibility to “dog-ear” precious photos in memory.

28.   Self-Fitting Athletic Suits that are scrunchable into a tight ball, then flicked open like a sheet; only microns thick, with a semi-metallic sheen. The self-fitting suit actively monitors the wearer’s body vitals and corrects their imbalances.

29.   Athletic Training Drones on running tracks that fly ahead of their human trainees and motivate them to optimum performance.

30.   Self-Cleaning Paint spiked with nanoparticles to keep the exterior of a building clean from dirt and dust, especially in rain.

31.   Networked Cybersecurity “Digital Ants” for electric grid monitoring and swarming onto a threat, with the goal of complete neutralization.

32.   Human-like, Chatbot Hosts on roving projection screens that crawl the internet for 24-hour news and information and are hired to moderate events on any topic, any time.

35.   Fully Autonomous Cars on networked roads, that may still be unfortunately hackable.

36.   Generation Bio-ship that is grown, not built, to carry a multi-thousand person colony between distant worlds; a colossal spacecraft of living architecture.

37.   Spacedust Fuel to power a massive bio-ship on a long, imaginative journey amongst the stars.

And what’s beyond our posthuman dreams? Does anyone really know? Will there be persistent humans? God-like computers? Human-Computers? Perhaps we should all strive to be passionate non-experts.

In their book BOLD

, Peter Diamandis and Steven Kotler quote Henry Ford, who said about his employees, “None of our men are ‘experts.’ We have most unfortunately found it necessary to get rid of a man as soon as he thinks himself an expert because no one ever considers himself expert if he really knows his job. A man who knows a job sees so much more to be done than he has done, that he is always pressing forward and never gives an instant of thought to how good and how efficient he is. Thinking always ahead, thinking always of trying to do more, brings a state of mind in which nothing is impossible. The moment one gets into the ‘expert’ state of mind a great number of things become impossible.”

In our posthuman future, one thing will be certain. We, in whatever form that “we” is, won’t be the experts anymore. Here’s to the future of the possible.