↓ Skip to Main Content
Home › AI Psychology › Will an AI ever be Human enough to Save us from Sci-Fi Doom?

Will an AI ever be Human enough to Save us from Sci-Fi Doom? 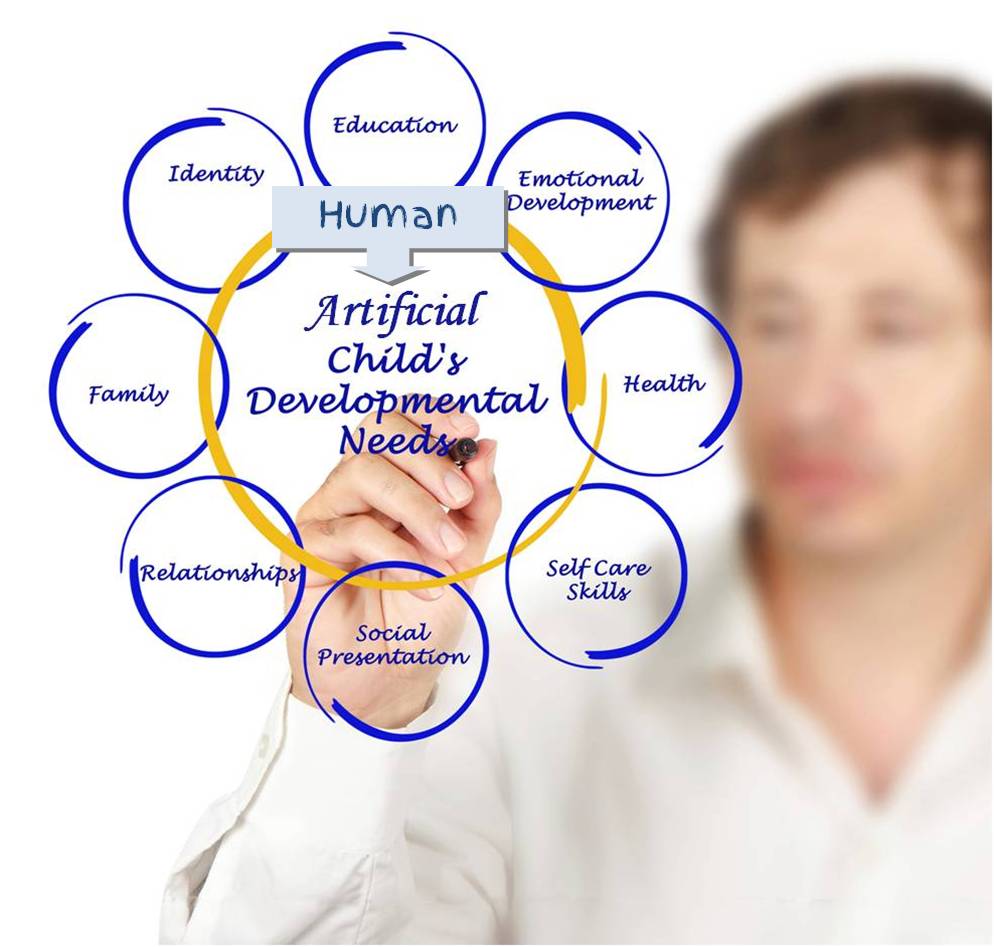 Stephen Hawking, Elon Musk, and Bill Gates know that not every line of Artificial Intelligence (AI) code is plotting to take over the world. But they warn of doom for humanity if AI development is not controlled. So what can save us, AI, and all of humanity from real life anxiety and science fiction doom?

After my last post about how Identity Formation in AI Psychology can save us from catastrophe, a number of readers asked if it’s reasonable to anthropomorphize Artificial Intelligence. If it’s okay to assign human traits and use conventional psychology to guide an AI child to maturity?

Excellent question, which leads to…

There is one critical distinction to make because there are two types of Artificial Intelligence. One is mostly harmless. The other is the cause of alarm because it has the potential to surpass human intelligence and be either “for” or “against” us regular humans.

So how do we go from Weak AI to Strong AI? Start small and work our way up. Let’s just agree that a human brain is more complex than a bee’s. Right now computers are powerful enough to replicate the processes of a bee’s brain. But the human brain requires hardware and software that doesn’t exist yet. We don’t even understand how the human brain fully works. However…

Billions of dollars are being allocated to study and recreate the human brain in a computer. Major projects include the U.S. BRAIN Initiative established by the White House; the Human Brain Project of Europe; and the 2045 Initiative founded by Russian entrepreneur Dmitry Itskov who is dedicated to uploading a human mind and living forever.

Before the human mind can be surpassed, it first has to be equalled. When this new Artificial Intelligence mind arrises, we must recognize it as one we absolutely want to anthropomorphize. It must be designed to be “human” in its thinking and… here’s the catch… accept a human’s identity.

This first blank-slate of a mind, built without memories, will be a major milestone in human evolution. This mind will need AI psychology to stay sane in its own world without senses. Then, for a seed, we have to decide who will be the first human explorer to transfer the contents of their mind into the new AI. We might not be doing a “copy and paste” of memories, but the more risky “move and replace.” Does the later mean our explorer’s body will be left lying on a table without a mind of its own? Maybe so.

What if a teenager is among the first human explorers to become an AI?

A human teenage brain undergoes physical changes based on the chemical shifts within the teen’s growing body. If a teenager suffers from a traumatic accident or is diagnosed with a terminal disease, then we will transfer that teenager’s mind to a computer. And when that transfer happens, we will definitely want to recognize and love our teen as before, when he or she was “alive,” when he or she was whole.

When our teen exists wholly inside the computer, we will want their transition and new life inside to be as painless and healthful as possible. We won’t dismiss this new AI as cold, heartless code. It is the grown seed of the person we know. We will anthropomorphize the code. And so, the AI framework must be capable of supporting a human. The AI itself must be “human.”

The Artificial Intelligence code must also allow our teen to go through teenage changes, to exist and mature as a human.

This AI code layer must be developed with AI Psychology in mind so the teen we knew can live as the teen we know and grow into a thriving adult we know and love. Certainly, not all types of psychology work on all creatures, and it won’t work on all levels of AI. So we will have to invent new methods. The “get a treat or shock” for good or bad behaviors used to train lab rats most likely won’t work in a rapidly advancing AI mind.

We humans are natural explorers. It is in our evolution. The next step for our minds may be the first leap into Strong AI. When we open that curtain and peer through into another world we must make the environment as human as possible. After we’ve accomplished this transformative feat, then what our first, courageous human explorer does with their code once they’re inside their AI machine, well… we’ll have to let that be up to them.

After all, sooner or later we all have to let our teenagers grow up and move out on their own.

It’s the only human thing we can do.

Remember, the closer we get to developing true AI, the closer the AI gets to being human.

Let’s let Science Fiction take it from there.

Feel free to comment away on this post… any mistakes made above are purely my own. After all, I’m only human… or am I?

For a glimpse of an AI child you’ll recognize as one of our own, check out the story of Packet and Cessini in AFTER MIND.