IR Verdict: After Mind is a Stunning, Reality-Bending Sci-fi Adventure

What an amazing feeling when the first review comes in! Thank you!!

IR Verdict: AFTER MIND is a stunning, reality-bending sci-fi adventure.

“Wolf is an excellent sci-fi writer, masterfully balancing the complex layers of setting and character at work in the novel”

An Artificial Intelligence must discover his identity in order to protect the world from an insidious threat.

Packet awakes in a hospital room, an artificial intelligence without a past. His vessel is the body of a preteen boy; his creators are the father and sister of that boy. Daniel and Terri are attempting to rebuild the loved one they lost: Cessini, an engineering prodigy who is somehow deathly allergic to water. Daniel insists that Packet is Cessini; Terri believes him another failed experiment. The hospital room is actually a trick of Packet’s mind; he is in a laboratory of DigiSci on the island of Tasmania. Dr. Luegner, who funds the whole project, appears to have sinister ideas of his own. Packet must sort through the memories of Cessini, while simultaneously attempting to decipher other visions involving animals, robots, oceans, and space travel. The motivations of his creators are as complex as his predicament, and Packet is forced to be careful in deciding who he can trust. “‘Control your world and be free in your mind to own it,’” warns Luegner the first time they meet. But it may not only be Packet’s world that is in danger: he may have to choose whether to save everything inside his head, or everything outside of it.

Wolf is an excellent sci-fi writer, masterfully balancing the complex layers of setting and character at work in the novel — interiority and exteriority, past and present, vision and reality. He does not bother to hold the reader’s hand: the story starts at a sprint and rarely pauses to offer explanation. There are sufficient clues dropped along the way for the reader to pick the trail up quickly, and the world is presented with enough confidence that the audience never feels as though they are not in able hands.

Wolf is particularly skilled at describing technology, finding the inherent vitality and bringing it to the forefront of the image: “Under each assembly sat a vertical shaft with rotating blades. The blades spun from the high-pressure water that poured down from the orange pipes. The spinning shaft generated power in motors—motors that were now upgraded and wrapped with superconducting coils. The power of water filled the air and it was alive.” Despite the fact that so much of this landscape is alien, the story is surprisingly relatable and relevant to modern life. The plot is complex, original, and impossible to predict: everything about the story feels untrodden and immediate.

AFTER MIND is a stunning, reality-bending sci-fi adventure. 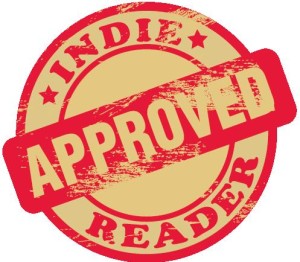