↓ Skip to Main Content
Home › Artificial Intelligence › After Mind defies the Experts: A.I. is Not the End of the World

After Mind defies the Experts: A.I. is Not the End of the World 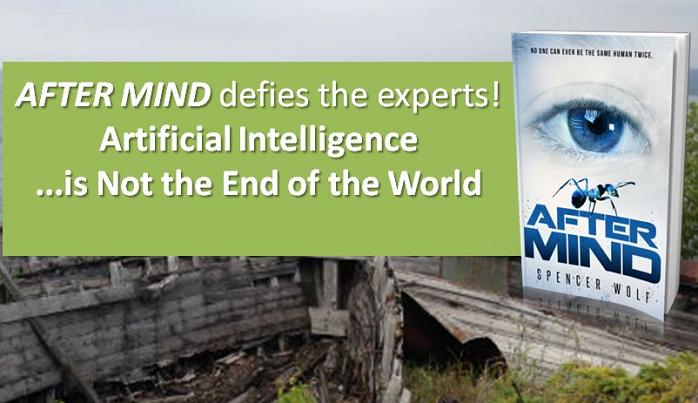 I’m excited to announce that After Mind

For those of you who know me, this has been a labor of love for the past few years, and now the book is finally here.

Some huge-name experts are saying the development of A.I. could lead to doomsday for mankind. This isn’t just about robots taking our jobs… they’re saying Artificial Intelligence could lead to catastrophic scenarios for all of us humans, the likes of which science fiction writers can only dream.

is about Artificial Intelligence, but from a completely different point-of-view. A boy’s perspective. A boy reborn into the world of human lies, artificial intelligence, and robot dreams.

5-STARS – “A book where the characters struggle and are utterly, utterly human.
AFTER MIND leaves the reader to wonder and explore.”
~San Francisco Book Review

“A rewarding tesseract of a novel that doesn’t release its secrets easily.”
~Kirkus Reviews

For more info, check out the book on Amazon

And thank you again to those who supported my dream!